Position of the KWG board on the war in Ukraine

February 24, the beliefs of many of us in a peaceful Europe were shattered. Today, four months later, Russia’s war in Ukraine still rages on and there is no end in sight yet. So far, the war led to thousands of people killed – Ukrainian and Russian – many more people wounded and on the run, and huge destruction of Ukrainian property.

The International Mathematical Union (IMU), in which KWG actively participates, has responded to the war by cancelling the International Congress of Mathematicians (ICM) that was intended to be held in Saint Petersburg, 6–14 July this year. ICM 2022 will be held fully online. The General Assembly of the IMU and the awarding of the Fields Medals will still be held onsite, albeit in Helsinki instead of Saint Petersburg. More measures are being taken by national and international mathematics organizations.

The KWG board fully supports strong measures against Russian governmental authorities, but also hopes that people in Europe do not drift away from each other. In support of this, the KWG Board does not discriminate individual mathematicians from Russia and Belarus, who do not collaborate with the Russian governmental authorities, among which in the first place our members with Russian and Belarusian family ties. More concretely, the KWG board and the editorial board of KWG’s scientific journal Indagationes Mathematicae (IM) agreed to not ban Russian and Belarusian mathematicians submitting manuscripts for publication in IM.

The KWG Board hopes that at the end of this war – a time that will come – no new iron curtain will have arisen in Europe.

To foster community among young mathematicians working in the Netherlands, a new section of the KWG is in formation: Jong KWG (Young KWG). More news about this exciting development will follow soon. 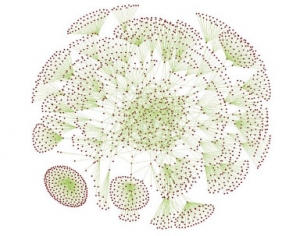